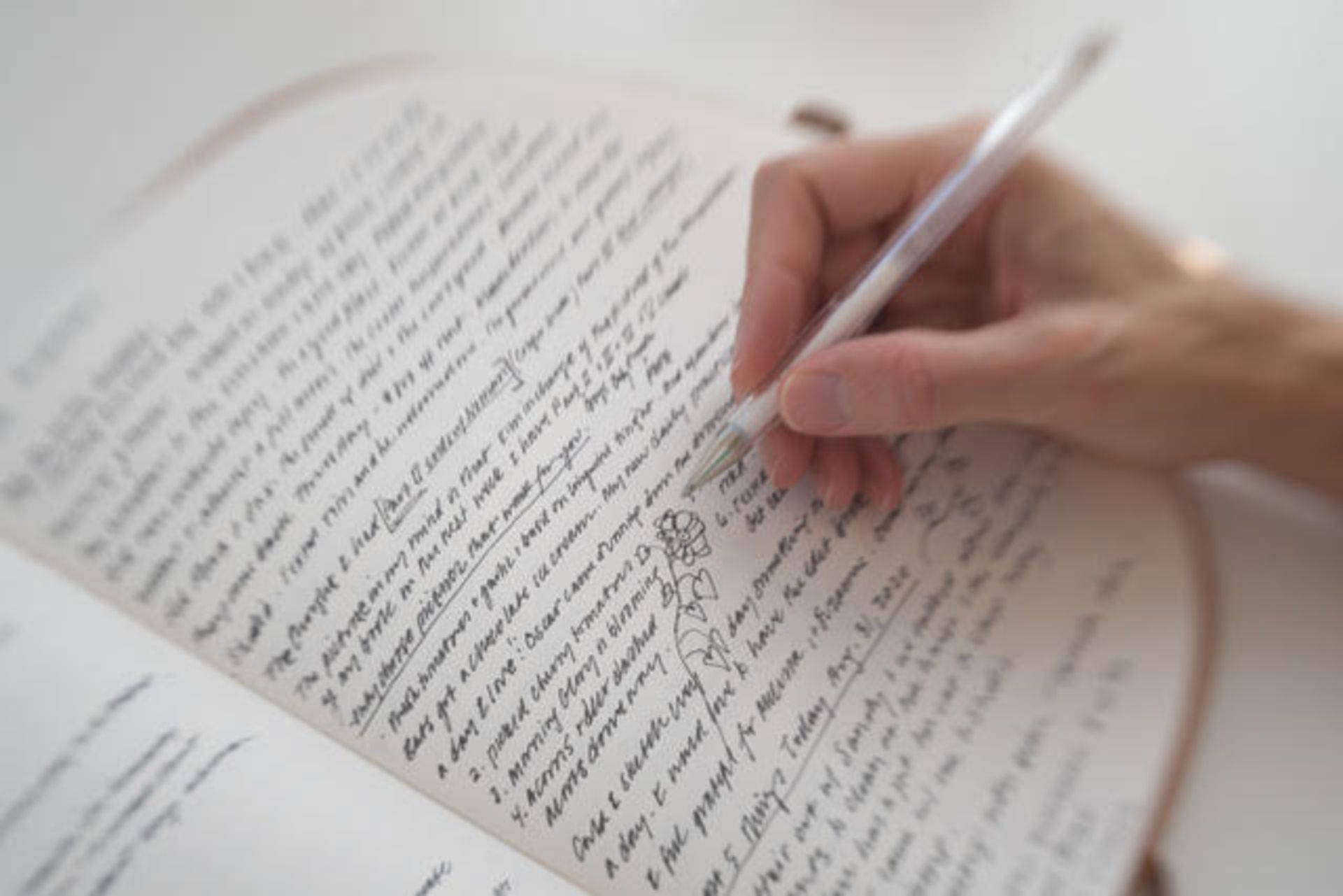 Larry Smith, father of the Six-Word Memoir Project, says the most popular feature of his newsletter is “The Craft of Writing,” in which Six-Word Memoir editors and guest writers share their tips for writing clearly and powerfully.

I’m honored to be included on his top six tips for short-form writers in 2021 in order of appearance. If you like what you read subscribe to Larry’s newsletter, or consider a writing class.

We are all experts on the story of our lives, whether it’s our personal life, our work life, or the people, places, and things that matter to us most. Yet, when our words are too general, our readers are left to try and make sense of our story from 10,000 feet away when where they really need to be is only six inches away. To help with this, try breaking down your story into a series of Six-Word Memoirs (or Six-Word Missions or Six-Word Values).

Let’s say you’re starting at the beginning of your life: “I was born on a farm.” Not bad, but not a very specific six words.

Maybe next, you try: “Attended college, then had a baby.” The reader naturally is wondering: What college? Who did you have the baby with?

Now the author has to dig into their story and revise: “After Harvard, had baby with crackhead.”

Better story, right? (And, dear reader, this is a true story and the first Six-Word Memoir found in our first book).

By being specific, you can say more while saying less. Try writing the same story in six words three different times—each time finding a way to make it more specific and carry more meaning. A few more examples from SixWordMemoirs.com:

Whether I’m in a high school classroom teaching creative non-fiction to adults or helping my 10-year-old with a writing assignment, strong storycraft remains the same. All the same rules for writing a good Six-Word Memoir apply to longer stories, live stories, wedding toasts, and eulogies. Abigail Moorhouse’s “Barrister, barista. What’s the diff, Mom?” hits so many notes that comprise good writing, and what I love most about her Six-Word Memoir is that she writes like she talks. Here are a few more of my favorite memoirs whose authors (incidentally, also all teens) also “write like they talk”:

“Aspiration: colonize Mars, you’re not invited.” —Jordon H.
“It is very, very, very complicated.” —Kika M.
“Googled what he called me. Ouch.” —Emily L.
“Note to all boys: I quit.” —Lauren A.
”Mom just reserved my creative license.” —Nur A.

A few years ago, my dad went to see the movie Frances Ha, a “mumblecore” breakout hit to which my indie-loving mom dragged him. Surprised and delighted that my father agreed to see it, I asked him what he thought of the film. “You know, Larry,” he said, “I’ve only looked at Facebook a few times and don’t really understand what it is, but it seems to me, it’s like this movie: a lot of people talking and not really saying much at all.”

You see, my dad’s not one to dive into a character study, or at least not a character study that doesn’t also have a clear and compelling story. I, on the other hand, enthusiastically take in both strong story-driven experiences and slow character studies. But the old man’s got a point. Among the many elements of personal storytelling — whether your story is six words or much longer — is the need to tell a story with a clear narrative arc. That arc may take us through a few moments, a few years, or a lifetime, but within that span, the writer takes the reader through a moment of personal change. Here are a few of my favorite Six-Word Memoirs that reveal change.

“Found myself, but lost my hair.” —David Thorpe
“We were banned from Wal-Mart forever.” —Kristin S.
“Ex-wife and contractor now have house.” —Drew Peck
“Painful nerd kid, happy nerd adult.” —L.J. Williamson
“Nobody cared. Then they did. Why?” —Chuck Klosterman

When you tell a compelling story—even in just six words—you can expect to hear my favorite three words: Tell me more.

I’m partial to the number six, but in fact there are five main types of imagery: visual, auditory, olfactory, gustatory, and tactile—a.k.a. the five senses. Your grade school teacher probably encouraged you to use all five senses to create vivid imagery, and she wasn’t wrong. Sensory imagery offers the reader a shortcut to understanding, which is perfect when you have a creative constraint like only six words. When you have a lot to say but only a little space, imagery can make your writing more visceral and more meaningful.

Metaphor is a beast. Metaphor is pure gold. Metaphors about metaphor are writing’s beating heart … or maybe heart murmur. Why do we love metaphors so? When asked what makes good poetry, the poet William Carlos Williams wrote “no ideas but in things.” Those five words encourage us to focus our attention on concrete objects rather than abstract ideas in order to give our brains a better chance of making sense of the words.

Shortly after The Six-Word Memoir Project launched in 2006, YouTuber Micah the Maniac (see above) shared his own Six-Word Memoir: “A rollercoaster ride of unbelievable events,” a perfect metaphor that allows us to not only see how he views his life, but feel it too. Metaphor, and it’s cousin imagery, give the reader a shortcut to what you are trying to convey, no matter the word count. When you only have six words to work with, using metaphor is a life saver.

Our final writing tip comes from friend of Six-Word Memoirs, Jennifer Schelter (above), a writing teacher, life and mindfulness coach in Philadelphia. Schelter has been published inWild River Review, Schuylkill Valley, and performed spoken word at the Pennsylvania Academy of Fine Arts. She also wrote and starred in her one-woman show, Love Lessons, at Philly’s InterAct Theatre. “Scene,” she says, “is where you find yourself burning to tell your story from. A scene is the back bone of storytelling.” Here Schelter shares her six steps for writing a scene:

Example:  That summer night, outside the Blackberry Blossom bar, I looked up at the neon fiddle sign.

2. Ask: What is the protagonist yearning for?

Example: I wanted to fiddle and dance on the Blackberry Blossom stage more than anything else in the world.

Six-Word Memoir example: “Wish to be myself, be free.” —ImperfectTwin

3. Conflict. A conflict pushes back against the protagonists yearning and desire.

Example: Inside the bar was dark and smelled like cider. I saw the crowd clapping along with current champion — Danny Boy. I asked a lady in the back,

“Not sure. I don’t think they’re taking any more fiddlers tonight.”

Six-Word Memoir example: “Why’s the mirror reflecting somebody else? “
—yellow_rice

4. Turn. A turn is marked by “But,” “However,” “Yet,” “Maybe.” The protagonist must persist to get what they want. The turn is a pivotal decision or change.

Example: But I wasn’t taking no for an answer. I spotted Gordon, the manager and walked over to him.

5. And another turn. There must be a change.

Example: “Hey Gordon, can I put my name on the list?”

Example: Out in the parking lot, I put on my red boots and practiced the Swallowtail Jig under the full moon.

With gratitude for my teacher and friend, Heather Sellers.

0 comments to " Best Of The Craft of Story Telling "

The path through challenge, pain and trouble is al

Like to write? Need a quiet supportive space? . J

Join the Summer Solstice Yoga at the Morris Arbore

Happy Birthday to my happy and beautiful sister, K

Field Notes: Delight. . On a night walk, I spotte